Home » About Us » ForumNation Podcast 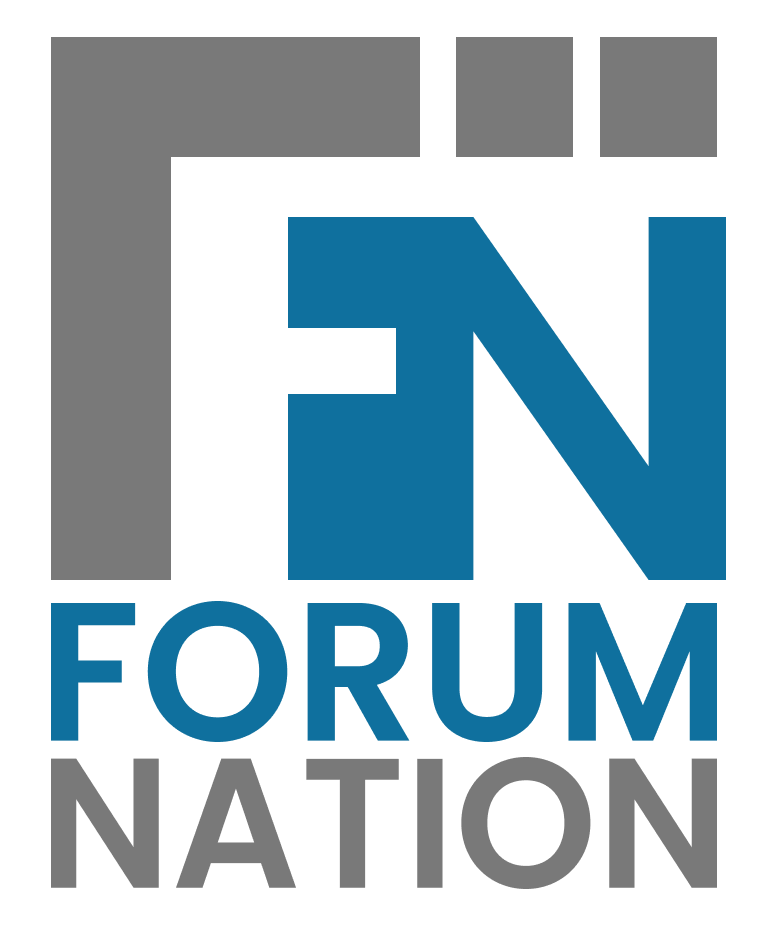 ForumNation is a podcast of United Philanthropy Forum, where we interview amazing philanthropy leaders that we want more people to know about. You’ll hear about their personal stories of transformation, their life inflection points, their surprising leadership moments. You’ll hear insights about what’s behind the title: those less-than-perfect moments, those “overcoming the odds” moments, those “reach down and find something within you that you didn't know was in you” moments.

ForumNation is hosted by Dave Biemesderfer, President & CEO of United Philanthropy Forum. It is produced by Bouyant Partners and producer Eric Rigaud.

You can find ForumNation on Apple Podcasts, Spotify, Sticher, SoundCloud, or wherever you listen to your favorite podcasts.

New episodes will be released approximately every three weeks.

Upcoming episodes will include conversations with:

Be the first to know about each episode's release by signing up for ForumNation email alerts.

Have questions about the podcast? Reach out to forumnation@unitedphilforum.org.

Initial episodes of ForumNation are made possible in part by generous support from Borealis Philanthropy's Racial Equity in Philanthropy Fund.

Episode 4: Janine Lee Urges Philanthropy to Step Up to a Pivotal Leadership Moment

Janine Lee is a veteran strategist and grantmaker in philanthropy, with more than 25 years of diverse leadership experience with nonprofits and foundations. She is President & CEO of the Southeastern Council of Foundations (SECF), based in Atlanta, which is the largest regional association of grantmakers in the country. During her career in philanthropy, Janine has served in leadership roles at The Arthur M. Blank Family Foundation and the Ewing Marion Kauffman Foundation, and she is co-founder and former chair of Grantmakers for Effective Organizations (GEO). She currently serves on the Board of Directors of Independent Sector and on United Philanthropy Forum's Racial Equity Committee; her previous board service includes United Philanthropy Forum, the National Center for Family Philanthropy and the Mayor's Advisory Board on Homelessness in Atlanta. Janine sat down with David to talk about SECF’s journey to develop an equity framework to guide the organization’s work, the changes she’s seen in philanthropy during her career, and her challenge to philanthropy to step up in bigger ways to meet what she sees as a “pivotal” leadership moment for the field. Read a transcript of this episode.

Episode 3: Patricia Eng Talks About the Rise in Hate Against Asian Americans & Why Philanthropy Needs a “Reset”

Patricia Eng’s extensive career has included key leadership positions in the public, nonprofit and philanthropic sectors. Since September 2019, she has served as President & CEO of Asian Americans/Pacific Islanders in Philanthropy (AAPIP), a national membership and philanthropic advocacy organization dedicated to expanding and mobilizing resources for Asian American and Pacific Islander communities to build a more just and equitable society. She previously served as Chief Service Officer of NYC Service under Mayor Bill de Blasio. Her past work also includes serving as Vice President of Strategic Partnerships/Programs at the New York Women’s Foundation, and she was the Founder and Executive Director of the New York Asian Women’s Center, which was first organization on the East Coast to address violence against immigrant Asian women. She spoke with David about the disturbing rise of hate and violence against AAPI communities due to the COVID-19 pandemic and how philanthropy can respond; how Asian Americans are often portrayed as the “model minority” while fear and racism are always simmering just below the surface; and how she views the current moment as being a potential “reset button” for philanthropy to think differently and bigger. Read a transcript of this episode.

Amanda Misiko Andere has spent her entire career fighting to prevent and end homelessness and break the cycle of poverty. She has worked in the nonprofit sector, the public sector and now the philanthropic sector. For the past four years, Amanda has served as Chief Executive Officer of Funders Together to End Homelessness, which is the only national network of grantmakers working to end and prevent homelessness, and she sits on the Board of Directors of United Philanthropy Forum. In her ForumNation interview, Amanda shares with David how her longtime devotion to helping people in need has been strongly influenced by her immigrant parents’ experience getting help from virtual strangers who greatly improved their lives. She also explains why addressing racial equity is an imperative to ending homelessness in America, how her theater experience has come in handy throughout her career, and why “surrender” is her word of the year for 2020. Read a transcript of this episode.

For more than three decades, Daranee Petsod has devoted her career to fighting for justice and equity for immigrants, refugees and asylum-seekers, working primarily in the philanthropic sector. She has worked for such philanthropic organizations as the Sophia Fund, the United Way of Metro Chicago and the Field Foundation of Illinois. Since 1998, she has served as President of Grantmakers Concerned with Immigrants and Refugees (GCIR), an influential national network of funders dedicated to uplifting the contributions and addressing the needs of our country's immigrant and refugee populations. Daranee explains to Dave how her experience as a young immigrant from Thailand has shaped her career work as a bridge builder, what it's been like for GCIR to be thrust into the frontlines of our country's immigration debate, and how surfing has helped her manage the stresses of her work. Read a transcript of this episode.