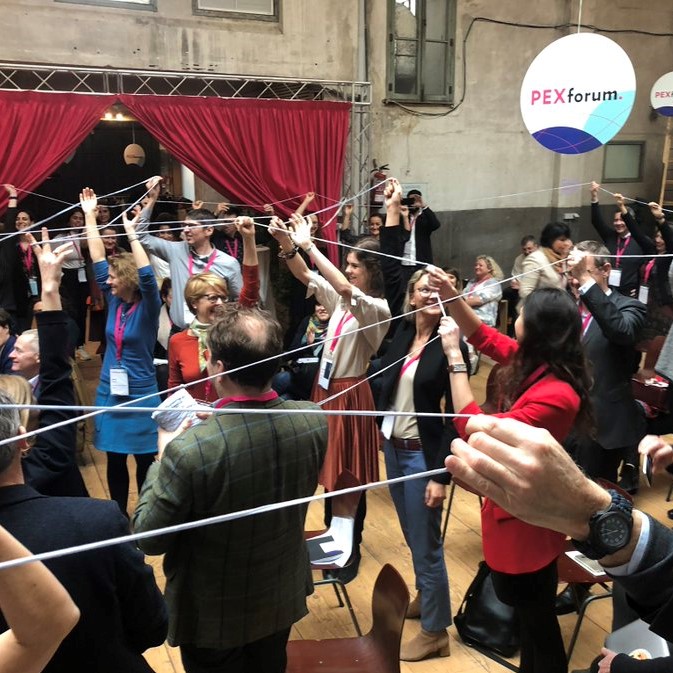 This is a post by David Biemesderfer, President at United Philanthropy Forum. It originally appeared on Alliance Magazine.

My latest reminder of the need to think beyond the U.S. borders came a few weeks ago, when I was honored to attend the inaugural PEXforum2020 in Madrid, Spain. Hosted by DAFNE (Donors and Foundations Networks in Europe) and the Spanish Association of Foundations, PEXforum2020 brought together—for the first time—the national, regional, European and thematic PSOs in Europe for several days of networking with peers, strategizing around the future of European philanthropy, and developing a roadmap for joint action. The event attracted more than 130 leaders and experts from 41 PSOs in 25 countries.

Max von Abendroth, DAFNE’s Executive Director, will tell you that he was inspired to create PEXforum2020 after attending the Forum’s 2018 Annual Conference, where he observed how the Forum had worked to bring together in one network all of the regional and national PSOs in the United States. For many years, DAFNE has brought together its members, who represent philanthropy associations and networks from 28 different European countries. But PEXforum2020 marked the first time that DAFNE also convened PSOs that bring funders together across European borders around funding themes and in other ways—groups like Ariadne, which convenes European funders for social change and human rights, or the Network of European Foundations, which focuses on strengthening philanthropy cooperation across Europe for social inclusion, international development, and democracy.

The fact that the Forum played some role in the creation of PEXforum2020 demonstrates the value of our ongoing efforts over the past four years to strengthen the ties between the Forum and DAFNE. During that time a number of DAFNE members have participated in the Forum’s annual conference, and I’ve had the opportunity to participate in a number of DAFNE events. These experiences have demonstrated clearly to me that U.S. and European philanthropy have a lot to learn from each other, despite differences in philanthropic structures and laws, governments, history and culture.

This was evident in many of the strategy discussions that took place at PEXforum2020, none more so that the discussions about climate change. We heard from representatives of the Association for Charitable Foundations (ACF) in the United Kingdom about the UK’s Funder Commitment on Climate Change, and how ACF is addressing the issue of climate change with its foundation members. Their experiences with this vital global issue are incredibly helpful to bring back to the United States.

I also participated in several strategic discussions on how philanthropy can work together to tackle climate change. This is obviously not just a European problem, and in the discussions I was able to lend the support and commitment of United Philanthropy Forum to bring a U.S. connection to any collaborative work in Europe that may result among PEXforum2020 participants following the event. We won’t get this done by working in silos of any kind.

It’s easy to say that we need to think beyond our borders in our philanthropic work. But if you work for a U.S.-focused PSO or foundation it can be easy to get caught up in your daily work and deadlines and put on blinders that shut-off those vital beyond-our-border perspectives. I know that it’s easy for me to slip into that mode. My experience at PEXforum2020 last month was another reminder of the immense value of pulling off those blinders.