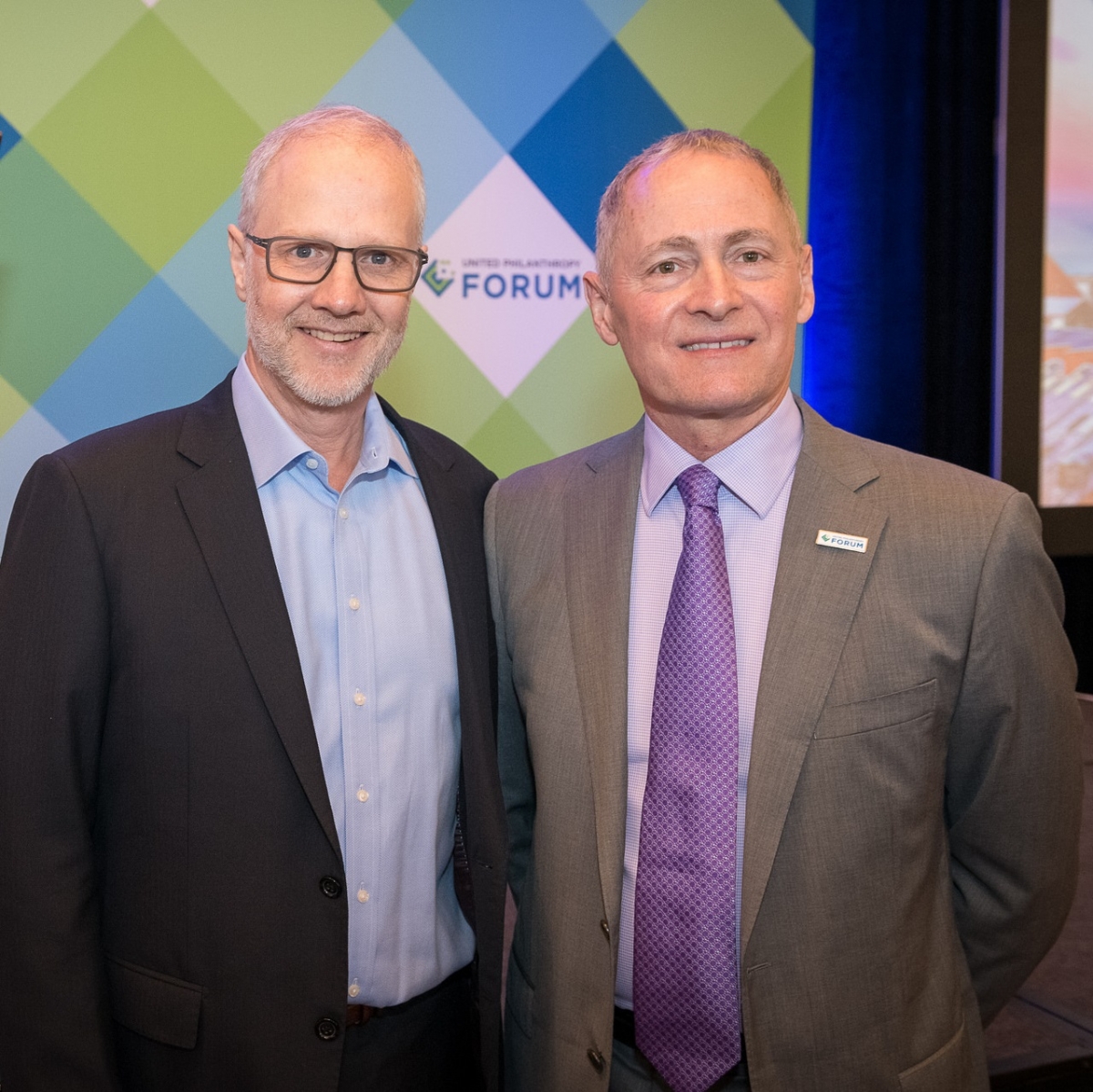 During United Philanthropy Forum’s 2018 Annual Conference last month, we asked Grant Oliphant, President of The Heinz Endowments, to share his perspective on the following question: what does courageous philanthropy look like? It’s a particularly relevant question for the Forum, since our vision is “a courageous philanthropic sector that catalyzes a just and equitable society where all can participate and prosper.” Oliphant did much more than just share his perspective on this question; he issued a clarion call to philanthropy.

Oliphant’s words were so beautiful and powerful that I’ve pulled whole passages from his remarks for this post. Trying to paraphrase would not do justice to his masterful writing or his urgent message. Before talking about what courage in philanthropy looks like for the field of philanthropy, Oliphant urged us to think about what courage means on a personal level for the people around us.

His words hit home for me. When I think about what courage means for my own work in this field, what immediately pops into my mind are thoughts about my colleagues, my neighbors, my fellow human beings who are hurting much more than I am right now. That always brings me a little extra personal courage to rise to the occasion when challenged, to take a bit bigger risk than I might otherwise feel comfortable taking.

I would ask us today to hold those colleagues…in our hearts as we talk about something as seemingly abstract as courage. Real courage, the epic kind that changes history for the good, begins with honoring the pain that we and others feel, not running from it or happy-talking our way past it. It comes from a place of love, not bravado.

As for the field, Oliphant declared that it was time for philanthropy to “strip ourselves of the comfortable illusions that keep us from rising to meet the challenges of a newly consequential age.” He offered four illusions that “hold us earthbound when we are called to soar.”

The first illusion that we need to dispel is what Oliphant called the illusion of destiny: “the misguided hope that our fears are misplaced and that these times are less consequential, less defining, than our worries tell us they are.” He urged us to dismiss any beliefs we may hold that things are not as bad as they seem to be in our country right now.

In an era of resurgent white supremacy, white nativism, Nazism, racism, sexism, bullying, hate crimes, mockery, and disdain for democracy and the institutions that protect our safety, health, dignity and liberties, we do not have to try too hard to understand how these newly emboldened thoughts are tainting the soul of our whitewashed nation.

Contrary to our sector’s perpetual delight in misusing the iconic quote, the arc of the moral universe emphatically does not bend towards justice—it curves in the direction that sustained effort by passionate and dedicated people makes it bend. And the truth is, right now it is bending in the wrong direction. Far from secure, the values and progress represented by our field—of a fair, open and inclusive society and a sustainable environmental future—are being unraveled and undone.

Secondly, Oliphant said we need to rid ourselves of the illusion that the threats we face are “not who we are” as a country—what he called the myth of deviance. He pointed out that what is happening now in our country is “merely the slinking into the light of ancient beliefs and hatreds that have always lurked in the shadows—and even the bright daylight—of our national psyche.”

In recent times I have heard many politicians and community leaders respond to the latest incident of hate or divisiveness and declare, “this is not who we are” as a community or as a country. People who are the main targets of that hate and divisiveness are likely to disagree, as many such folks have pointed out to me. It may not be who we want to be in the future, but it is who we are right now.

Old wounds left untreated do not disappear. They hang on, and in time they consume the privileged as much as the vulnerable. Sustained injustice inevitably breeds violence and paranoia in those who ignore and enforce it, as we are seeing now while our country is weakened not by outside invaders but from within, by the unrepentant merchants of division whose only sorry wares are monsters, malice and mayhem.

Oliphant’s last two illusions get to the heart of the matter for philanthropy, pointing out character flaws that hold back our sector from being as courageous as we can and should be. The third illusion is that we in philanthropy are “at best marginal players in a drama that is basically political and not about us and not ours to affect.” Oliphant called this the illusion of neutrality—the myth that we “somehow stand apart from the fray around us.” On the contrary, Oliphant challenged us to understand the central role that philanthropy can and should play to “counter hatred and vilification with something we can only call love.”

What’s truly special about philanthropy—the reason we are indeed privileged—is that we are part of a sector that at least in theory embodies society’s noblest impulse to solve its problems the only way we can: together. That is our unique and sacred role. We are not marginal players in a drama that is mostly about politics; we are central players in a story that is mostly about community. To believe that we have no partiality in this struggle is to miss both the reality of what is happening and the whole reason for our being.

Oliphant’s fourth and final illusion is the one that I think is often the most insidious for philanthropy: “that all we have to do is be more of what we already are”—the illusion of sufficiency. He related the troubling story of speaking with a young African-American woman who expressed to him that she gets looks and questions for wearing her Black Lives Matter wristband in a meeting of funders, and pointed out that the Edelman Trust Barometer saw NGOs fall below corporations in levels of public trust for the first time this year because people don't know what our sector stands for.

We are not always the good guys we imagine ourselves to be. We weigh our words endlessly but our silences hardly at all. We are quick to preach a vision of a better society but too often fall quiet when it is attacked. We too often talk a better game than we fund, treating injustice as just another item on a long list of priorities rather than the core of them all.

He challenged philanthropy to speak up much more than it does now, pointing out that it’s a “rare act in our field for leaders to speak up” and that our silence speaks volumes. He asked funders to reject the “false bill of goods” that has been sold about not being able to speak up for fear of being political. He noted that foundations cannot and should not speak up about things that bother them about politics, but they do need to speak up about things that matter to their values. “It is not political for you to say that an act of any government is wrong,” Oliphant stressed. “It is not politics or partisan for you to say families belong together.”

Oliphant’s words inspired me to continue to hold true to my personal values and dig deeply into the Forum’s values as I move forward in our work to lead change and increase impact in philanthropy. To end this post, I will once again let Oliphant’s words speak for themselves:

Courageous philanthropy knows that we are not owed hope and we are guaranteed no destiny other than the one we work to create, and so makes that its fight. It acknowledges the deep roots of suffering, the enduring wounds of inequity clinging like so much litter to our collective souls. It feigns no impartiality when it comes to defending the people, planet, ideas and values that are the core of its mission. And it holds itself accountable above all for ending the injustice that hatred has forged.

Check out the latest releases from around the nonprofit sector featuring items from Economic Opportunity Funders, Grantmakers for... more