Thursday, November 1, 2012
Staff Meeting is a feature through which we check in with Forum staff members to find out what they’re working on, how you can get involved, and what they do in their off-hours. 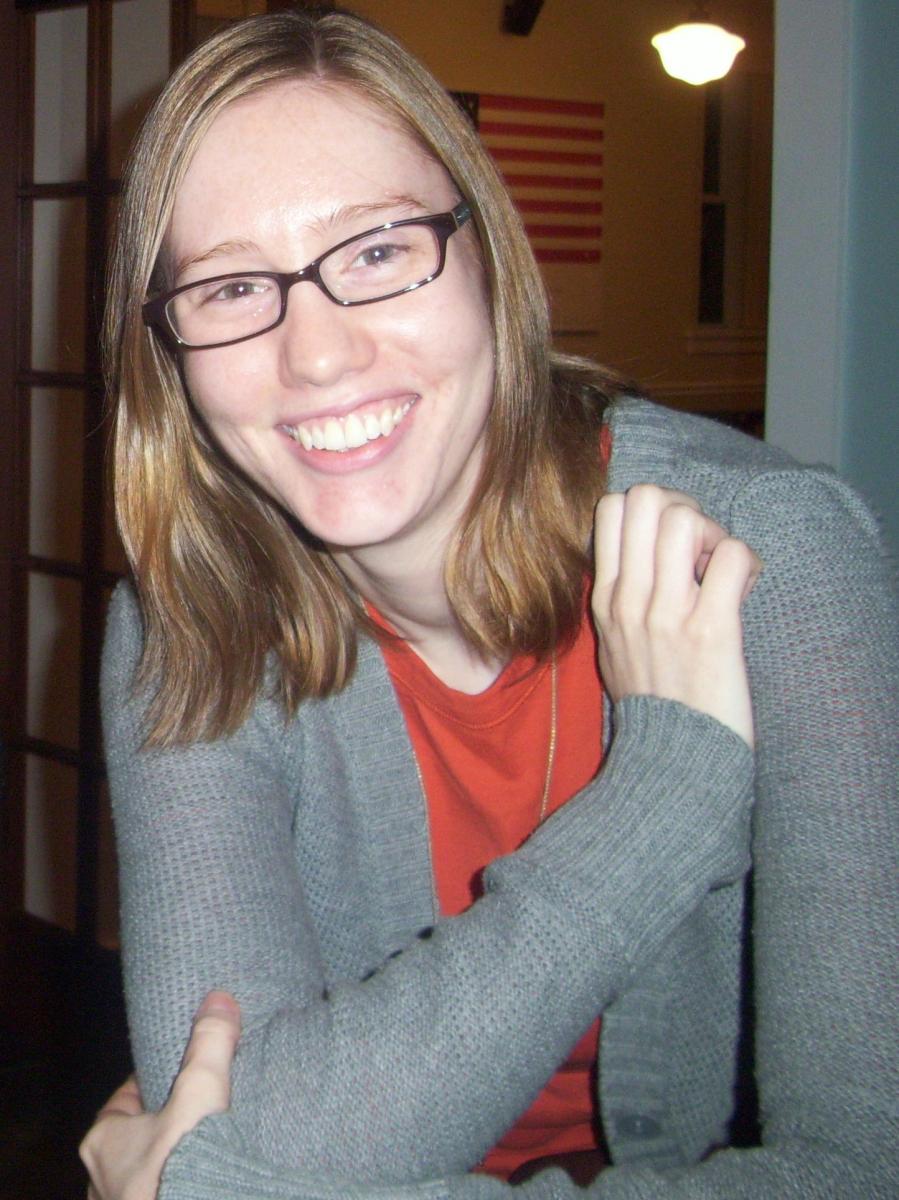 Name: Courtney Moore
Position: Member Services Manager
Years with the Forum: 6
What are your primary responsibilities at the Forum?
My primary responsibilities vary throughout the year. I schedule member calls and webinars and manage most of our vendor relationships for member discounts. I also edit the bi-weekly newsletter, Forum Bits, and write some of the content. I work with Mary O’Neill and Erin Skene-Pratt on the logistics of the annual conference and PolicyWorks Institute. Mary and I also work with the Council on Foundations and Alliance for Charitable Reform on Foundations on the Hill each year. I also manage our surveys throughout the year especially the annual RA Salary & Benefits Survey and RA Characteristics Survey. In addition, I handle orientations for new RA staff, uploading job postings, adding RA events to our online calendar, and most of our office’s admin tasks.
What is the most enjoyable part of your job?
I would say the most enjoyable part of the job is the interactions with regional association staff. I always look forward to the times each year that we get to see each in person and not just via email and the phone. I also like analyzing the results of our two annual surveys. There are always interesting similarities and differences between the 34 RAs in the network that come out through this data.
What are you working on right now?
Right now, I’m focused on a couple of things. We’ve recently launched the Foundations on the Hill website and registration and announced this year’s stipend application. I’m also starting to analyze the data from the latest characteristics survey. The data tables will be available soon and the comparison report will be available later in November. I’m also providing staff support to the Strategic Planning 3.0 Task Force and the Grantmaker Education Discovery Working Group. And even though Forum Bits only comes out every other week, it seems there is always work to do to pull it together.
How can regional association staff get involved (with what you’re working on)?
I’m always looking for programming ideas or volunteers to moderate for our topical calls and webinars for regional association staff. Any suggested content for Forum Bits is also always welcome. There is so much going on in the Network and the field as a whole that it can be hard to keep up with everything.
What are you passionate about outside of work?
While I’m both a baby and puppy hater according to Val, I strangely have a fascination with going to the National Zoo each time a new baby animal is on display. The cheetahs and gazelle are next on my list. DC has a lot of great art museums and galleries so I try to visit the new exhibitions that open. I’m looking forward to seeing the Roy Lichtenstein and Ai Weiwei exhibits that just opened this month. It takes me about 45 minutes to commute to work on the Metro so I’m pretty attached to my Kindle where I have mix of fiction bestsellers, a ton of celebrity/comedian memoirs, and nonfiction books about somewhat odd topics (pigeons, corpses, and giant ocean waves to name a few). I’m also pretty obsessed with nearly anything on Bravo (Yes, I’ve already read Andy Cohen’s book.)
At the Forum Office, you are the chief researcher and resident expert in our pursuit of random daily facts. What are your favorite “Fact of the Day” facts?
Anything else we should know?
I feel the need to call myself out on the fact that I was scheduled to complete this blog post much earlier in the year (sorry Dan!). I had originally written something about how I’d recently finished my last day of 27 days of grand jury service and wanted to thank Mary and Dan for helping to cover some of my work while I was away. This still deserves to be said…thank you! It was definitely an interesting experience of not only the American justice and DC court system but also the decision-making skills (or lack thereof) of those under the influence of drugs.

Check out the latest resources from around the nonprofit sector featuring items from United Philanthropy Forum, Council on... more