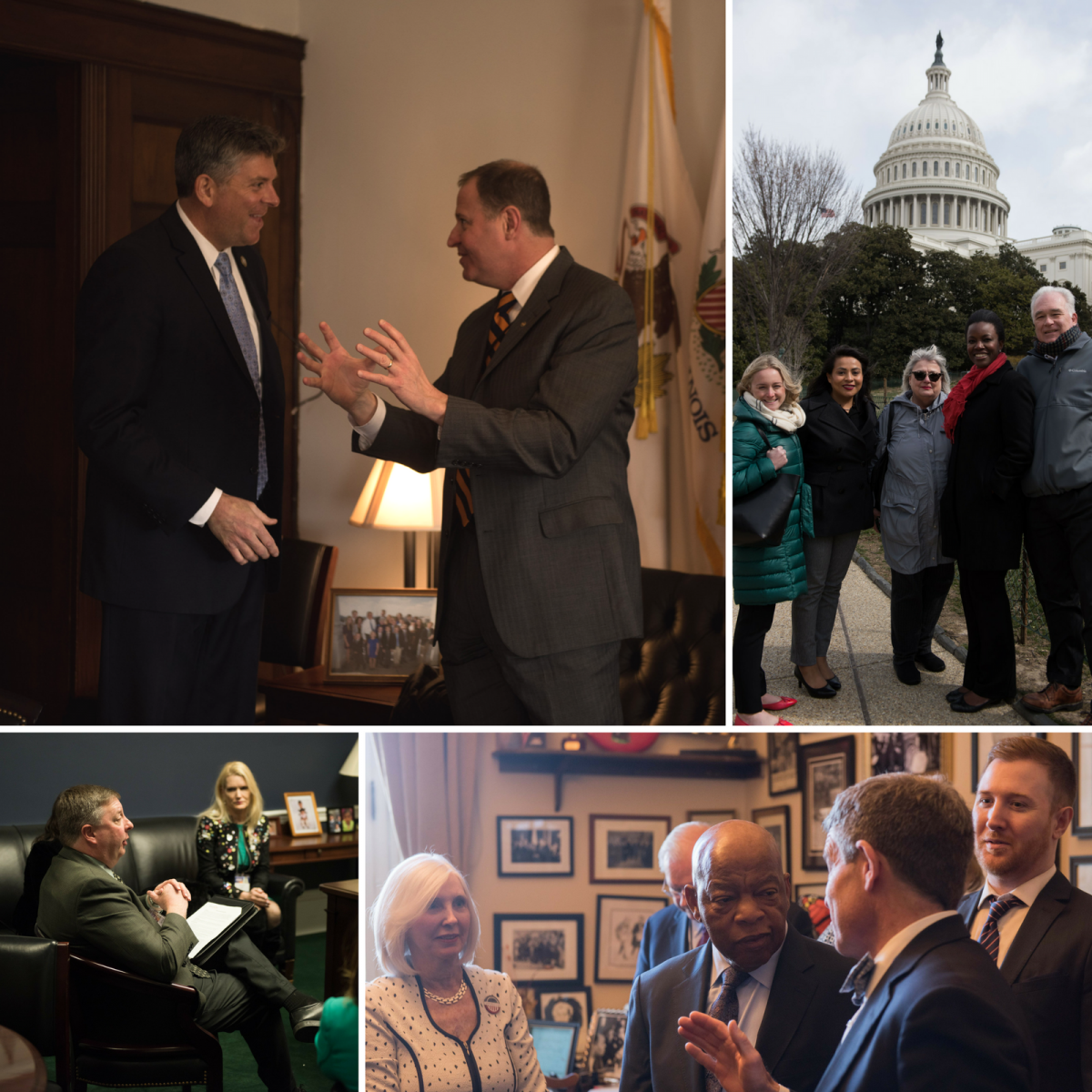 2017 was not the best year for the philanthropic sector in the federal policy arena. One of our sector’s top legislative priorities—a universal charitable deduction—seemed to gain little traction in Congress. The sector’s fight to prevent a repeal of the Johnson Amendment, which for more than 60 years has kept partisan politics out of the charitable sector, almost went down to defeat when the repeal was added to the House version of the tax bill (but thankfully ended up getting removed during the reconciliation process).

In my view, a key challenge for philanthropy on the policy front is that historically we have tended to focus almost solely on federal tax policy and related “self-defense” issues, which has resulted in presenting a rather narrow picture of philanthropy to lawmakers. Although philanthropy supports a vast range of critical community and national issues, when we get to Capitol Hill we find ourselves only talking about simplifying the private foundation excise tax and expanding the IRA charitable rollover to donor advised funds. These are certainly important issues for the field and ones for which we should be advocating strongly. But when we talk to federal legislators about these issues to the exclusion of almost everything else, I fear that we end up appearing like just another special interest group. Our sector is so much more than that, as we all know.

Presenting a fuller voice for philanthropy—as well as a stronger voice—was part of the strategy behind last week’s 2018 Foundations on the Hill (FOTH). Presented by United Philanthropy Forum, in partnership with the Council on Foundations and the Alliance for Charitable Reform, Foundations on the Hill brought together 240 philanthropy leaders representing 32 states to engage in more than 200 meetings with federal legislators and their staffs over two days. The Forum’s regional PSO members organized state delegations and coordinated Hill visits with their senators and representatives. The Forum prepared talking points, issue briefs and other materials and provided strategic, programmatic and operational support for the event.

As an example, this year one of the key issues that the Forum asked FOTH delegations to discuss in their Hill visits was the 2020 census. Although the census is not a “self-defense” issue for foundations, it is a critical issue for philanthropy. Community leaders, including philanthropy, rely on accurate U.S. census data to make good decisions about planning and funding for schools, and services and programming for seniors, veterans, families and other community residents. Furthermore, the most undercounted populations in the census are ones that philanthropy often supports—including immigrants, young children (especially Latino and Black children), as well as low-income, low educational attainment and rural households. In their Hill visits, FOTH delegations talked about the importance of a fair and accurate census count, which requires adequate funding from Congress. Private foundations in the delegations could not lobby for specific bills related to the census, but they could educate and inform on the issue and let lawmakers know that this was an important matter for the field.

FOTH delegations were on the Hill last week while Congress was considering an omnibus spending bill that included census funding. This week we learned that the final bill allocates $2.814 billion for the Census Bureau, which was $1.344 billion more than the FY2017 funding level and $966 million more than the funding level recommended by key stakeholder groups pushing to ensure a fair and accurate census count.

Last week FOTH delegations also urged lawmakers to preserve the Johnson Amendment. Leading up to FOTH we had heard about a push to add a rider to the omnibus spending bill to weaken or repeal the Johnson Amendment, so foundation leaders spoke with a united voice last week to let their representatives know that they opposed such a move. In more good news, the final spending bill released this week did not include any language related to the Johnson Amendment (although this battle is certainly not over for this issue or census funding).

Creating a fuller voice for philanthropy is an emerging policy strategy at the Forum, fueled by our new vision and strategy to create a new kind of philanthropic network. Last year the Forum expanded our membership beyond our regional PSO members to also include national PSOs, primarily issue-focused, identity-focused and practice-focused national philanthropy associations and networks. Our network has more than doubled in size in the last year and now includes 68 regional and national PSOs representing more than 7,000 foundations and other philanthropic organizations. Our new network—the largest network serving philanthropy in America—provides a powerful platform to lead change and increase impact in philanthropy in new and more meaningful ways.

Leveraging the power of our network to provide a fuller policy voice for philanthropy was on display in several ways last week. For example, the Funders’ Committee for Civic Participation (FCCP), a new Forum member, is a key partner in our census work that was a focus for FOTH. Five issue-focused national PSOs that are Forum members (Funders Together to End Homelessness, Grantmakers Concerned with Immigrants and Refugees, Grantmakers in Aging, Health and Environmental Funders, and Sustainable Agriculture and Food Systems Funders) led roundtable discussions at the PolicyWorks Institute with their regional and national PSO peers about how philanthropy can speak with a stronger voice on policy issues related to immigration, homelessness, aging, health and environmental issues, and agriculture and food system issues. Forum member ABFE: A Philanthropic Partnership for Black Communities organized a meeting with members of the Congressional Black Caucus in conjunction with FOTH and presented an Institute session on using a racial equity lens in our policy work.

We’re starting to see these efforts to present a fuller voice for philanthropy play out in other ways as well. For example, late last year Funders Together to End Homelessness incorporated the Forum’s messaging on philanthropy-specific policy issues into its Hill visits to discuss housing-related policy, serving to further the reach of our messages and present a broader perspective of philanthropy to lawmakers. They sent the message to legislators that, “Yes, we’re here as foundations to talk about housing, but we also care about the universal charitable deduction.” That’s not the kind of message that Congress is used to hearing from philanthropy, and we need to get better at presenting a more accurate and complete picture to them about our interests and our field.

The Forum will continue to work with our members throughout the year to present a strong voice for philanthropy to Congress. We will also continue to evolve our strategies for presenting a fuller voice for philanthropy to lawmakers. We are a vital field that cares deeply about the wide array of issues that impact our communities, and we have a wealth of ideas and expertise on how to address those issues. We need to let them know that we’re here, we care, we’re a resource, and we’re paying attention to what they do.

Read other perspectives on the 2018 Foundations on the Hill from some of our regional PSO members:

Also check out The Chronicle of Philanthropy’s coverage of Foundations on the Hill.

United Philanthropy Forum sees the start of the new year as an ideal opportunity to reaffirm our continued commitment to... more

Check out the latest resources from around the nonprofit sector featuring items from Grantmakers for Effective Organizations,... more