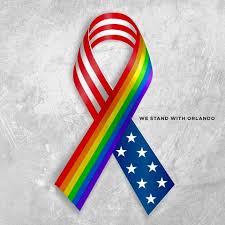 In the early morning hours of June 12, a gunman opened fire at a LGBTQ nightclub in Orlando, FL leaving 49 people dead and over 50 injured, nearly all LGBTQ, Latino/a, and young. Our thoughts and prayers go out to the victims and their families.

The Forum's regional philanthropy association members, especially the Florida Philanthropic Network, as well as other philanthropy-serving organizations and funders across the country are providing support and assistance in this time of need. As with any disaster, there are opportunities to provide immediate, mid-term and long-term assistance to the victims and the broader community. Below are resources to help funders and others interested in responding to this tragedy:

On June 22, the Forum co-hosted a National Teleconference for Funders: Response to Orlando Shooting for funders concerned about this tragedy and how to best respond. Other co-hosts include Funders for LGBTQ Issues, Change Philanthropy, AAPIP, ABFE, Emerging Practitioners in Philanthropy, Grantmakers Concerned with Immigrants and Refugees, Hispanics in Philanthropy, Native Americans in Philanthropy and Women’s Funding Network. Listen to the recording

On July 28, the Forum co-hosted a National Teleconference for Funders: Supporting Communities Impacted by the Orlando Massacre in partnership with funder affinity groups from around the country for funders focusing on the impact of the Orlando massacre on communities in central Florida and how funders can respond to the needs of those most impacted by this tragedy. Listen to the recording

We will be planning to an additional teleconference on responding to the Orlando shooting (dates TBA) to focus on long-term needs and responses.

Other Resources from Philanthropy-Serving Organizations