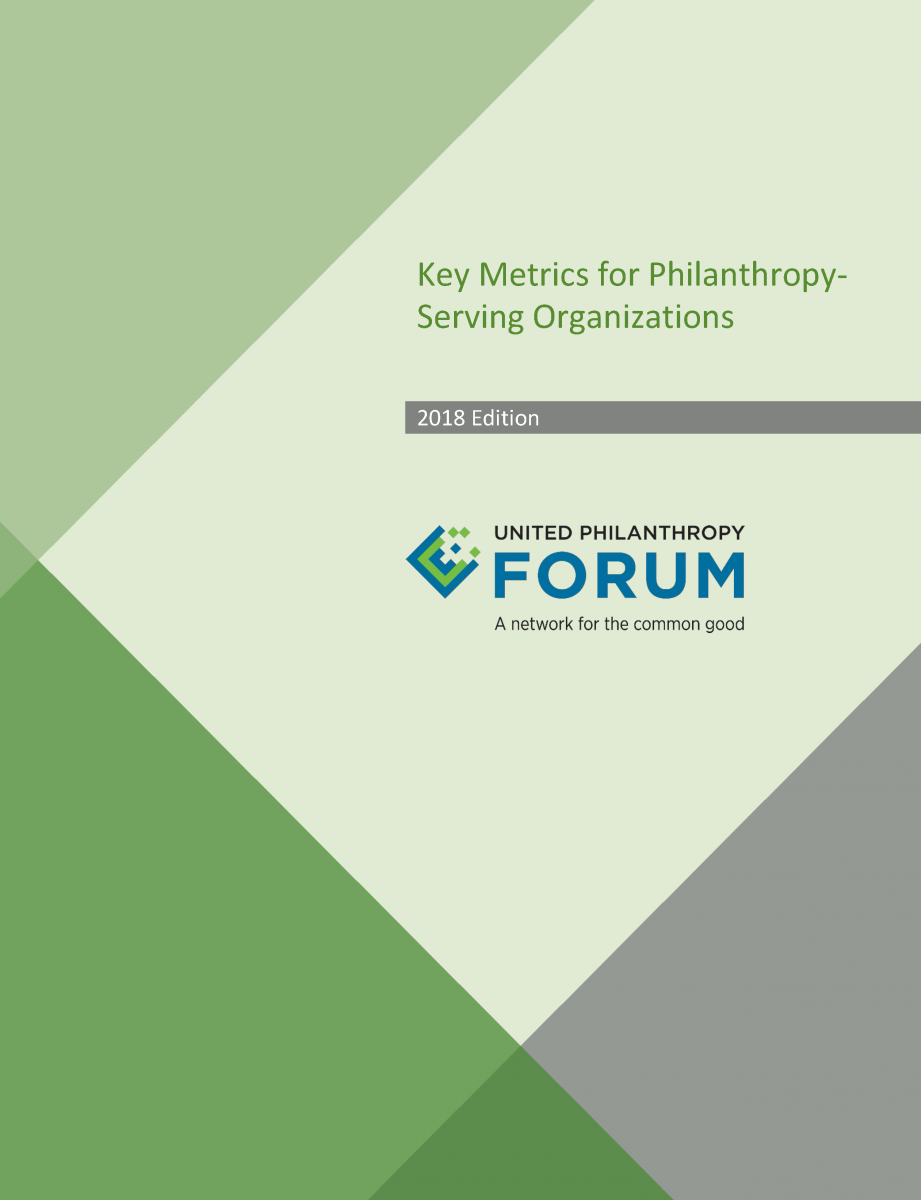 Last month I wrote a blog post about how United Philanthropy Forum’s latest compensation and benefits report showed a notable increase in the racial and ethnic diversity of the staff of philanthropy-serving organizations (PSOs). Sadly, no similar progress was made in the past year among PSO boards, according to the Forum’s just-released 2018 Key Metrics for Philanthropy-Serving Organizations report, which looks at PSOs’ governance, finances, membership, services and programs, and operations.

As I wrote in a post last year, there are strong arguments for having nonprofit boards that are racially and ethnically diverse. For starters, a diverse board is a more effective board. Numerous studies have shown that having diverse groups that include a range of perspectives enhance creative thinking, innovation and problem solving, resulting in better decisions. People with different backgrounds and life experiences enrich board discussions and decision-making processes, leading to better outcomes than those where board members share a monolithic viewpoint or world view.

There’s also the integrity argument for nonprofit board diversity. If your organization claims to value diversity or if you are working on any initiatives that focus on an aspect of advancing racial equity, diversity or inclusion, including the reduction of racial disparities in any area, it’s pretty difficult to do that with integrity and credibility if your organization’s own board is lacking in diversity.

There’s also the matter of power. Nonprofits boards wield great power. Most of the critical decisions for nonprofits are made by their boards. As Virgil Roberts, chairman and co-founder of the African American Board Leadership Institute (AABLI) noted in a recent Inside Philanthropy interview: “(Nonprofit) boards are not generated by profit, but by philanthropic interests. So if you have an interest and it’s not represented, it’s not going to be pursued.”

As United Philanthropy Forum continues to expand our work to advance racial equity in philanthropy, we have focused on our own organization’s staff and board diversity. In 2016, 18 percent of the Forum’s board members were people of color, and that figure had not changed much for at least the previous 10 years. Today in 2018, the figure has more than doubled to 41 percent. We have much more work to do, but we’re moving in the right direction and are already seeing the tangible benefits for our organization of having people with diverse perspectives and backgrounds serve on our board.

There are a lot of good resources out there to help nonprofits that are interested in diversifying their boards; here are just a few suggestions: BoardSource compiles some good resources here, and blogger and nonprofit leader Vu Le offers seven practical actions that nonprofits can do to improve board diversity.

I could have pretty much taken the blog post I wrote last year about nonprofit board diversity, following the release of our 2017 Key Metrics report, and re-posted it verbatim to comment on our 2018 report, since not much has changed. I hope that won’t be the case in the future.

Dispatch from #ForumCon22: Meeting the Moment

In a guest post, Julian Santos, Operations Manager at Philanthropy for Active Civic Engagement, reflects on lessons learned from... more

In support of reproductive rights and justice, vital for bodily autonomy and as components of healthcare, the Forum has gathered... more