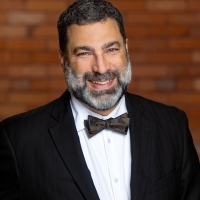 Foundations in Michigan and throughout the United States are re-examining many longstanding practices and ways of working as this is a critical time for our sector to reflect and reimagine.

The devastating effects of the pandemic have underscored the depth of long-standing racial and economic disparities and accelerated conversations on the roles philanthropy can play to advance equitable systems in partnership with nonprofits and in collaboration with other sectors. We’re engaging in needed self-examination to ensure philanthropy is effectively leaning in not only through this crisis but looking long-term, informed by solid evidence and data.

To help advance these important conversations, the Council of Michigan Foundations (CMF) recently released a series of research reports examining the practices of foundations in our state, specifically around the issue of payout. The final installment was released this June, studying the activities of Michigan-based donor-advised funds, better known as DAFs. The report, Analysis of Donor Advised Funds from a Community Foundation Perspective, examined DAF payout rates, investment returns, management fees, and related metrics.

I was pleased that many philanthropic leaders found the report valuable and used its findings to launch discussions about their grantmaking practices. At the same time, I am concerned that some advocates have stretched the conclusions of the DAF report too far and are using selected data to urge sweeping policy changes to the sector. From my perspective, the report’s key findings are too state-specific to be applied nationally in the way these advocates suggest.

To help inform the dialogue, I thought it would be helpful to explain why CMF commissioned the DAF report, what we consider its key conclusions and the next steps we recommend to construct a more complete picture of DAF operations throughout the United States.

Why the Council of Michigan Foundations Commissioned This Research

Michigan is fortunate to have a diverse and active philanthropic sector, including long-established private foundations built on the legacies of pioneering American industrialists and community foundations working deeply in their regions as conveners, connectors and collaborators.

CMF commissioned the Dorothy A. Johnson Center for Philanthropy at Grand Valley State University to conduct three studies exploring facets of their payouts and practices. The DAF study released this summer was the third in that series.

We hoped gathering this information would inform data-driven discussions among CMF members and encourage them to explore how they could make a greater impact. We also hoped others in our sector outside of Michigan would be inspired by our experience and commission similar reports in their states, generating additional data to inform evidence-driven discussions across the nation.

What Did the DAF Analysis Find?

Analysis of Donor Advised Funds from a Community Foundation Perspective found that community foundations across Michigan sponsor more than 2,600 DAFs, with total assets exceeding $500 million. I knew our community foundations were active in this area, but I was surprised by the extent of DAF activity in our network.

The study also made several important findings beyond the headline numbers:

What Questions Did the Analysis NOT Answer?

The study made many important findings, including some that inspired immediate action (see next section for details). However, the research was limited in scope, and I caution against drawing conclusions that aren’t supported by the data.

Here are some important questions that were beyond the scope of the research:

How is the Council of Michigan Foundations Acting on This Research?

CMF learned a great deal from the research series commissioned by the Johnson Center. Its findings have prompted new discussions within the Michigan community of philanthropy and suggest a robust future research agenda to answer questions that have not yet been investigated.

The research has also prompted CMF to take immediate actions supported by the existing data. These are some of the most important:

I believe these initial steps are important, and I recognize that far more is needed. Please contact me if you are interested in learning more about any of the initiatives I have described. I also invite you to share with us how you are thinking about this data in your own work.

I look forward to working with you to strengthen our philanthropic sector and create a more equitable world.

Dispatch from #ForumCon22: Meeting the Moment

In a guest post, Julian Santos, Operations Manager at Philanthropy for Active Civic Engagement, reflects on lessons learned from... more

In support of reproductive rights and justice, vital for bodily autonomy and as components of healthcare, the Forum has gathered... more