Home » Dispatch from #ForumCon19: Truth-telling to Action: My Experience at The Forum’s 2019 Conference

Dispatch from #ForumCon19: Truth-telling to Action: My Experience at The Forum’s 2019 Conference

This is a guest post by Jaser A. Alsharhan, Senior Program Associate at Colorado Association of Funders. 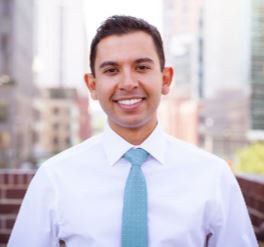 At the United Philanthropy Forum’s 2019 Conference in Cleveland, Ohio, Emerging Practitioners in Philanthropy (EPIP) kicked off the conference by exposing some attendees to the history of indigenous peoples and how it connects to philanthropy’s recent focus on racial equity. To say The Blanket Exercise is rooted in ‘experiential learning’ is an understatement. It forces participants to confront some of the toughest realities regarding colonization and its present-day effects on Indigenous Peoples in the United States. By the end, I felt physically ill. But I also knew I could contribute in some way.

Participants stand on blankets that represent the lands inhabited by Indigenous Peoples that eventually were taken by white colonizers. Participants take on the roles of Indigenous Peoples in North America. Encircling the participants, facilitators walk through the different stages of genocide: pre-contact, treaty-making, colonization, reservation-building, and resistance. The facilitators represent European colonizers with their own scripts and actions. Many participants are involuntarily given scripts which ultimately determine their outcomes.

Fundamentally, The Blanket Exercise tells the story of how the land mass of North America was originally populated by Indigenous Peoples and then taken. In many respects, the land grabs also connect to the deep trauma experienced by Indigenous Peoples today. The presenters also mentioned the critical nature meaning of land, water, and natural resources for Indigenous Peoples. The presenters, who worked for Native Americans in Philanthropy, often reminded us that the multiple forms of land loss and non-compliance with over 500 land treaties were more than just illegal; they were direct attacks on cultural identity in addition to communal rights to ownership.

Throughout the two-hour activity, facilitators pulled back and removed the blankets as they guided participants through a historical timeline – including the treaty-making process, residential schools and genocidal acts – and how all of this continues to have an impact on Indigenous Peoples in the United States today.

After participating in The Blanket Exercise, I started reflecting on how my formal education had failed me. Even as a 25-year-old with a master’s degree, I still didn’t understand the true toxicity and permanent effects of colonization. I went in search of more details online and found the following: 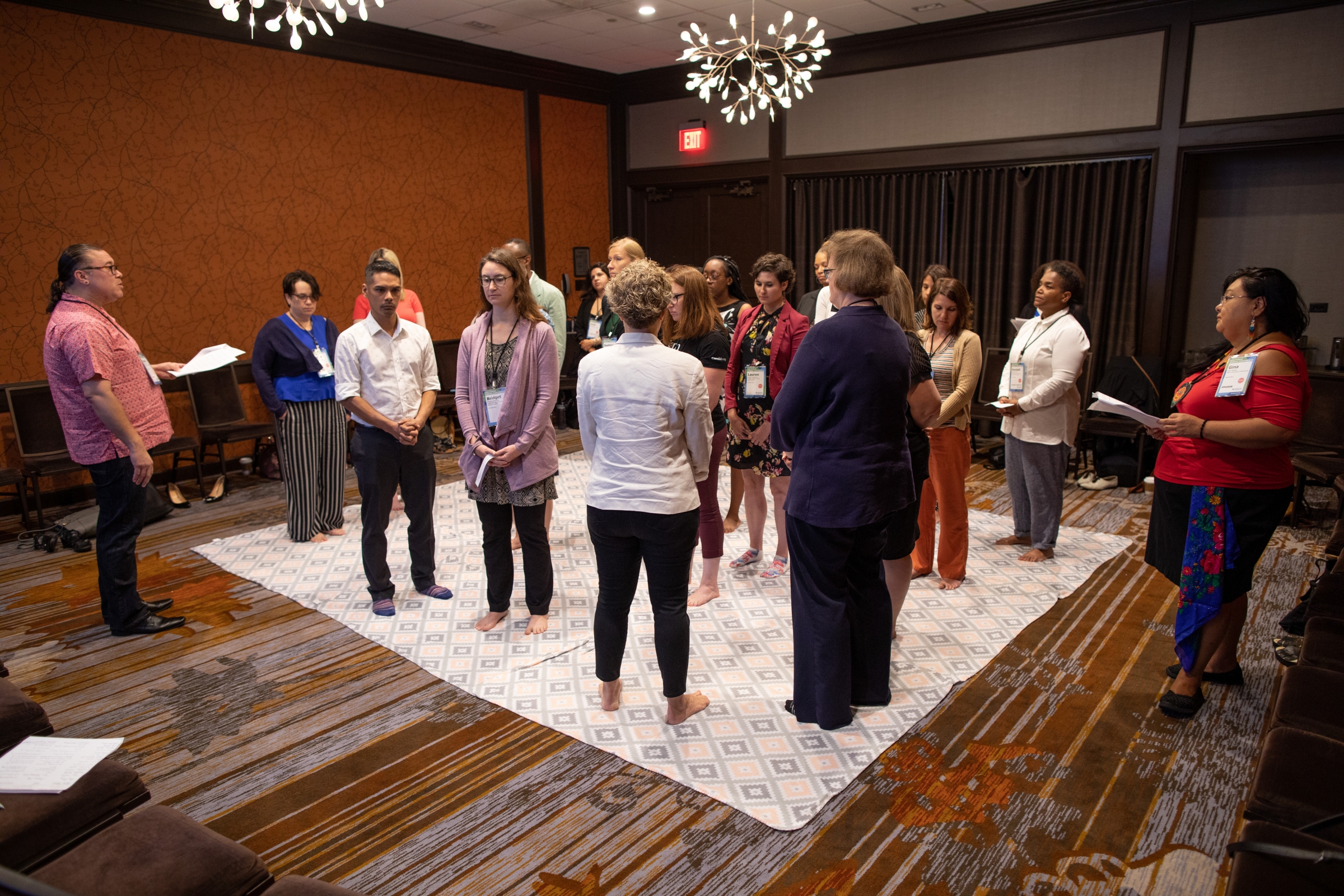 In his recently published book, Decolonizing Wealth, Edgar Villanueva unpacks some of the same lasting effects of colonization in our country. After hearing his thoughts in-person at the conference and reading Decolonizing Wealth, I personally wanted to learn more about how the genocide of Indigenous Peoples in this country was not simply about land grabs or murder. Rather, there were intentional and successful attempts to change Indigenous mindsets, beliefs, and behaviors through schooling, segregation, and other tools:

“Academics who study colonization distinguish between external or exploitation colonization—in which the focus is on extracting goods like tea, silk, or sugar, or resources like human labor, coltan, or oil, in order to increase the wealth and power of the colonizer—and internal colonization, which seeks to manage and control people inside the borders of the empire using tools like schooling, policing, segregation, surveillance, and divestment. These two kinds of colonialism can and often do exist. Violence and exploitation are always part of the process. The mantra of colonizers is divide, control (and above all) exploit.” (Villanueva 27)

As I stood on the blanket, coming to terms with the history of the United States, my hands shook, and I had a really difficult time standing up straight. My body felt weak as I saw my colleagues leave the blanket, symbolizing either death or displacement. Each time a group of individuals or one single person died, we took a moment to memorialize them with a moment of silence. I did not expect tears to come streaming down my eyes during this simulation, but it’s hard to stifle this type of reaction as you feel the blankets being removed and your friends being ‘killed’ by direct warfare or suicide.

We closed the activity by sharing our initial reflections and some personal commitments to action. Personally, I have started to think about how The Blanket Exercise will stick with me forever. The full-body, visceral and real pain that I and some of my colleagues experienced can’t be ignored. It was an effective way to learn about history and its long-term impact. I committed to learning more about the current forms of discrimination that Indigenous Peoples experience. Alongside Decolonizing Wealth, The Blanket Exercise has motivated me to think constantly about how my life intersects with Indigenous Peoples, how I can help inform others about the current day realities of drug abuse, alcoholism, and obesity and their connection to colonization, and how I can learn from other organizations to understand racial equity from multiple lenses, including the native lens. I think one way to approach my journey will be to focus on learning the needs of certain communities, and I feel inspired to continue to research what is needed to protect the wellness and survival of Indigenous Peoples.

Thanks to United Philanthropy Forum for the opportunity to attend the conference with its Emerging Leader Scholarship. I’m incredibly grateful for the experience to engage and learn more.

Check out the latest resources from around the nonprofit sector featuring items from Asset Funders Network, BoardSource, Center... more