Home » Dispatch from #ForumCon19: The privilege of philanthropy

Dispatch from #ForumCon19: The privilege of philanthropy 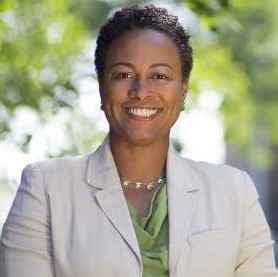 This is a guest post by Deborah Aubert Thomas, Vice President, Programs & Learning at Philanthropy Ohio. It originally appeared in Alliance Magazine.

Gathering with colleagues from across the US (including a few international peers) at United Philanthropy Forum’s 2019 Conference, left me not only bolstered to do our work, but I left inspired to approach it with courage and urgency. Courage to continue conversations like Putting Racism on the Table, heeding LaTosha Brown’s charge to ‘call out the ugliness of racism, sexism and homophobia and to not normalize it…to define our humanity…affirming who is American and who is human.’

The conference presenters provided thought-provoking inspiration including poet, Tyehimba Jess who described the legend of our benevolence as a charge to re-understand and reconstruct our history. He asked, ‘What are we investing in, the past or the future?’ and encourage us to ‘view art as a witness that needs to be heard for change to happen.’

Edgar Villanueva asked ‘Which side are we on?’ Are we with them – the communities we strive to support and transform or do we endeavor to keep the power, legacy and wealth of philanthropy? Villanueva also encouraged us to look back and understand our history. We should ‘examine the mindset of accumulation of wealth by any means necessary’ and ask ourselves ‘how do we transcend the trauma of colonization?’

The challenge to engage philanthropy professionals, trustees and donors while contending with white fragility and what Villanueva defines as #DonorFragility, can be exhausting. It limits our progress as we worry that if we push too hard, they might stop giving. But he exerts that ‘donors are super smart and want to be a part of the change. This is not time to tiptoe around folks!’ Indeed, he suggests we ‘help white people understand how they are personally impacted and examine what they have lost and given up to assimilate to dominant American culture.’

Phil Buchanan suggested we disrupt the ‘bubble of positivity’ that philanthropy trustees often exist in and encourage them to ‘get proximate’ and remind them ‘of what they don’t know.’ The lack of diverse representation on foundation boards compounds the challenge and impedes leadership and the moral imperative to propel urgency and be agents and not witnesses. On a broader topic, Buchanan suggested we find the balance between salving immediate pain and solving the root causes of the suffering.

Exploring the practices of Trust-Based Philanthropy considers flattening philanthropy’s power dynamics and creating more flexibility, open communication and a culture shift to yield control. Phillip Li, President and CEO, Robert Sterling Clark Foundation, a first follower of The Whitman Institute, described the approach as ‘our values in action,’ and described examples of external trust – accepting grant applications and reports that organizations have developed for other funders, shifting to verbal reporting, providing multi-year, unrestricted funding. Internal trust involves boards trusting staff, colleagues trusting their peers and having a culture where folks feel free to way what they’re thinking. Practical internal implications include altering or even negating functions of grants management systems. Li suggested funders consider how they might experiment with a partial roll-out, taking one cycle, one part of their portfolio, or one issue to transform with Trust-Based Philanthropy practices.

I left the conference encouraged. At the close, LaTosha Brown emphasized the need to shift from transactional philanthropy to transformational philanthropy by shifting narratives and using our networks to share the amazing work happening on the ground through grassroots efforts. ‘A little hope can be transformative!’

Dispatch from #ForumCon22: Emerging With Boldness

In a guest post, Hazel Paguaga, Program Associate at The Funders Network, reflects on lessons learned from #ForumCon22 and shares... more