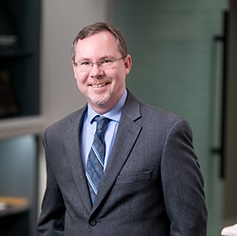 This is a guest post from Sean Parnell, Vice President for Public Policy at Philanthropy Roundtable. It originally appeared on Alliance Magazine.

Before I try to share my thoughts on the presentation by artist Titus Kaphar, I should probably disclose that my level of art appreciation pretty much stalls out just past ‘Dogs Playing Poker.’ So I can’t say that I was looking forward to Monday’s opening luncheon speaker. But boy, am I glad I stayed.

One thing in particular struck me in his talk. I thought his statements regarding the importance of neither demonizing nor deifying people was spot-on, particularly in reference to the Founding Fathers.

Those men achieved something remarkable – not only defeating the world’s then-preeminent military power in the Revolutionary War, but also establishing a nation that recognised that legitimate government derives its power from the people, to whom it must ultimately be answerable.

They also ducked the issue of slavery, of course, and in many instances were slaveholders themselves. The ‘people’ to whom government must answer did not, as established the initial framework of our nation, include Black people, Native Americans, women, or landless white men.

It made me think of the time I went with my son’s Cub Scout den to Mount Vernon, George Washington’s home. For those of you who haven’t been to Mount Vernon, you can generally wander the grounds on your own but there’s a guided tour of the house itself, and the guide tells something of the history of the room. After the guide gave a three- or four-minute spiel in each room, he would ask if anyone had any questions.

It was a good question, I thought. The first time. By the seventh or eighth time though, I was…sad. It seemed likely to me that the kid (who was white, for what it’s worth) thought that the most important thing to know about George Washington was that he owned slaves. And I’ve certainly heard that perspective voiced before.

It is indeed important to know that Washington, like all the Founding Fathers, fell well short of perfection and did not live up to the ideals that he led a revolution to secure. But it is hardly the most important thing to know about him – he does not hold the place he does in our history because he owned slaves, he holds his place because of his vital role in advancing liberty – not for all, to be sure, but a major step forward nonetheless.

This, it seems to me, is the point that Titus Kaphar was making – by all means, let’s understand how George Washington and others fell short, and either ignored or benefited from the institution of slavery, but don’t let that get in the way of appreciating the remarkable achievements of the Founding Fathers by reducing them to their biggest flaw. Neither demon nor deity, instead men who did something important and good that is worth celebrating who also turned a blind eye (at best) to a grave evil.

There was a lot more I enjoyed about his talk, but this was to me the most important point he made, and made well.

Grantmakers for Education Joins The Forum

The Forum is excited to welcome our newest member- Grantmakers for Education.

Grantmakers in the Arts Joins The Forum

The Forum is excited to welcome our newest member- Grantmakers in the Arts.

The Council on Foundations announced the 24 participants selected for the 2020 Career Pathways cohort, a leadership development... more

We are proud to announce the 2020 Forum Racial Equity Mini-Grant Recipients. Each of these projects represent dynamic approaches... more