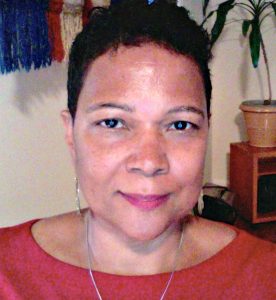 This is a guest post by Niamani Mutima, Executive Director of the Africa Grantmakers’ Affinity Group. It originally appeared in Alliance Magazine.

Philanthropy is a verb. By its very nature, it helps to build a common ground where we can push back on the superficial differences between us and work together on our shared visions. Attending the United Philanthropy Forum Annual Conference in Boston gave me a chance to engage in rich conversations with other network leaders and emerging practitioners on how our individual and collective efforts can address common challenges.

It was energizing to reconnect with familiar faces, meet new ones, and gain a clearer perspective on the wide range of geographic and issue-focused philanthropy-serving organizations (PSOs) operating in the United States. The agenda provided a good mix of content, process, and policy sessions. And the plenary speakers explored the issues eloquently, passionately, and insightfully.

Racial diversity, equity, and inclusion in philanthropy were salient themes that invited participants to reflect on our common identities. The Forum acknowledged tenacity and hard work as fundamental to community building. I appreciate the conference planners’ ability to design dynamic spaces where we could share our thoughts. The REAL (Racial Equity and Love) wall, lounge, and studio gave all of us the opportunity to express our ideas and connect with each other.

We live in a global village teeming with diaspora identities. If the current climate of sanctioned intolerance is good for something, it’s giving us a reason to look at inequality through the prisms of not only race, but also class, culture, nationality, and gender identity.

Needless to say, I left the conference revitalized, reflective, and, unabashedly, a bit more hopeful of the younger generation of philanthropy leaders and the change they’ll make. Not only are they challenging philanthropy’s deeply entrenched risk aversion and inherent power dynamics, but they’re ready to get in front of the issues of American social justice and equity, no matter how complex.

On building common ground, Heinz Endowment President Grant Oliphant said it best during his sobering yet inspiring keynote when he quoted Toni Morrison, who wrote, ‘You wanna fly, you got to give up the sh*t that weighs you down.’ It’s a fitting analogy for shedding the false beliefs that keep us from becoming better versions of ourselves.

This year’s conference discussions built on those of the past, which in many cases still aren’t any easier to have. But to build common ground, it’s critical to gain momentum, to move from talk to action. And, as the conference made abundantly clear, building is something we can never afford not to do.

A new report by United Philanthropy Forum reveals some positive trends on the racial and ethnic diversity of regional and... more

Check out the latest releases from around the nonprofit sector featuring items from Alliance Magazine, Asian Americans/Pacific... more