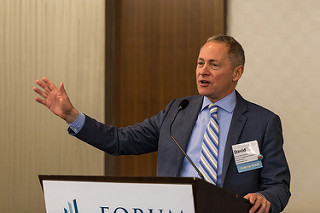 Lost this week amid the flurry of news about the firing of FBI Director Comey was the abrupt resignation of the director of the U.S. Census Bureau. The bureau is facing major budget constraints and operational challenges that threaten its ability to conduct a fair and accurate census count in 2020, which is bad news for philanthropy and our country.

It is difficult to overstate the importance of a fair and accurate census count. As noted recently in Politico, the U.S. census is the “largest civic action undertaken by the entire country”—a decennial event required by the U.S. Constitution that aims to count every person living in the United States, regardless of race, gender or citizenship status. That has been the intent ever since James Madison helped design the nation’s first census back in 1790.

But the 2020 census is in trouble. As reported in the Washington Post story cited above, in late April Congress approved $1.47 billion for the Census Bureau for the 2017 fiscal year, about 10% below what the Obama administration had requested. Experts say the White House’s proposed budget for 2018, $1.5 billion, falls far below what is needed to conduct a fair and accurate count. Congress’ failure to enact long-term appropriations bills for FY2017 has already harmed 2020 census planning and preparations (the Census Bureau had to cancel major portions of the 2017 Census Tests, for example). Inadequate funding also puts at risk the American Community Survey (ACS), the former “long form” census, which is the only source of reliable, high quality, timely community-level data.

To make matters worse, the Census Bureau is planning to collect the majority of 2020 census information online, scaling back door-to-door outreach, rolling back canvassing, and cutting in half the number of field offices. The new online system is expected to cost $965 billion, nearly 50% higher than a 2013 cost estimate, causing more financial woes, and is raising reasonable concerns about cybersecurity and reliability. All of these changes increase the potential of serious undercounting, particularly among young children, minorities, low-income individuals and other marginalized individuals—the same populations that are often a major focus of funders across the country—and are likely to raise the importance of philanthropic support for get-out-the-count efforts. Areas most affected by census undercounting lose about $2,913 per year in federal funding for every uncounted person, according to PriceWaterhouseCoopers estimates—placing additional demands on the much smaller amount of philanthropic dollars that are available to help communities.

When census information is not accurate, it threatens to muffle the voices of undercounted groups and regions, and undermine the basic political equality that is central to our democracy. Nonprofits, foundations and other community leaders rely on accurate census data to make good decisions about schools, seniors, veterans and other community needs; identify community and demographic trends that inform long-term plans and grants; and define where services are delivered (you can read here about seven key data points collected from the census that have major implications for communities). It is important that the Census Bureau get the 2020 census right, and to get it right, it must be funded sufficiently.

Given the importance of the 2020 census and the challenges it is facing, United Philanthropy Forum is leading an effort to engage philanthropy in ensuring a fair and accurate census count, working with our member regional and national philanthropy-serving organizations—including Forum member Funders’ Committee for Civic Participation— and thanks to financial support from The Joyce Foundation. You can learn more at the Forum’s census 2020 resource page.

Dispatch from #ForumCon22: Emerging With Boldness

In a guest post, Hazel Paguaga, Program Associate at The Funders Network, reflects on lessons learned from #ForumCon22 and shares... more