Home » A Conversation With Luz Vega-Marquis

A Conversation With Luz Vega-Marquis

You must be logged in to register for an event.  Please login or create an account to begin the registration process.

When:
Wednesday, October 14, 2020 -
Where:
YouTube Livestream
Who Can Attend?
Forum members only
Webinar
Add to Calendar

Join us for a special conversation with Luz Vega-Marquis, who retired recently as the founding President and CEO of the Marguerite Casey Foundation after nearly 20 years in the position. The conversation coincides with the release of Luz’s new book Ask, Listen, Act: A New Model for Philanthropy. The book is a moving examination of poverty, its root causes, and how to end it through movement-building—from the perspective of a groundbreaking philanthropy executive.

For the past two decades, the Marguerite Casey Foundation has dedicated its resources to building a movement of low-income families advocating on their own behalf. In her book, Luz offers a history of the foundation, intertwined with her own history as a Nicaraguan immigrant whose family was exiled, plunged into poverty, and forced to start over in the United States. Ask, Listen, Act is riveting in its description of the evolution of an iconoclastic foundation and of Vega-Marquis herself as she rises from a bookkeeper to become the first Latina to lead a major national foundation.

In this Forum program, Luz will be interviewed by Adriana Loson-Ceballos, Director of Network Resources for Emerging Practitioners in Philanthropy and a member of United Philanthropy Forum’s board of directors. Please join in their conversation and bring your own questions for Luz as she reflects on a trailblazing career in philanthropy and offers her thoughts on how our field can best move forward in the current moment. 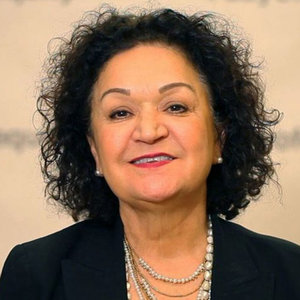 Luz Vega-Marquis is the founding President and CEO of the Marguerite Casey Foundation, and retired from this role in June 2020 after leading the foundation since 2001. Under her leadership, the Marguerite Casey Foundation has led the philanthropic sector in advocating for a strategy where grantees are best served by multi-year general operating support funding that trusts leaders in the field. She has long supported movement building and organizing in places often overlooked by national foundations, and has been a national philanthropic leader in supporting people of color. More than 85 percent of Marguerite Casey Foundation grantees are organizations led by people of color and 60 percent of the staff as well as 82 percent of the board are people of color.

In addition to her work at the foundation, Luz has long been a champion for leaders of color. In 1983, she founded Hispanics in Philanthropy to support the careers and networks of a community traditionally excluded from the foundation world. She has recruited and continued to nurture hundreds of staff, board members, and leaders of color in philanthropy. 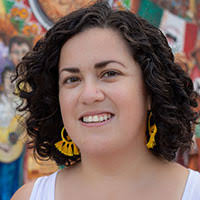 Adriana Loson-Ceballos has successfully fundraised for local, national, and international nonprofits working in the fields of social services, arts and culture, social justice, and human rights in New York City, Washington D.C., San Diego, and Mexico City. She has almost a decade of experience writing proposals for city, county, state, and federal grants that have resulted in significant annual portions of the organizations’ budgets. Adriana has also obtained foundation funding from family, community, institutional, and foreign foundations, with grants up to $1,000,000. Her experience in foundation fundraising has resulted in strong donor prospecting and cultivation skills, as well as a successful creation of evidence-driven strategies based on the organization’s CRM data. She has developed a corporate membership program for a social service organization in NYC and worked with corporations to obtain organizational support in the form of sponsorships, grants, and partnership opportunities supporting the corporation's CSR goals. Contributing to the strategy around individual and annual fund appeals, and working fundraising events, she has developed fruitful relationships with donors and boards at various organizations.

About the Book Ask, Listen, Act 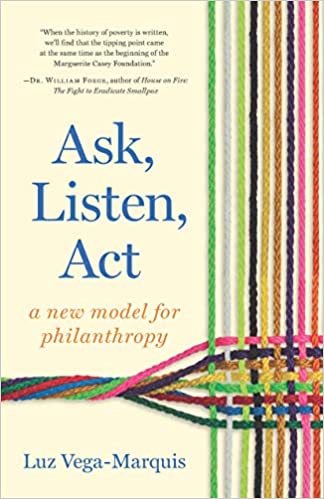 In a powerful counter to the blame-laden narrative we tell ourselves about poverty in this nation, Luz Vega-Marquis explores in Ask, Listen, Act how the Marguerite Casey Foundation has worked to eliminate poverty through intensive listening, movement building, and the leadership of families who have experienced poverty firsthand. Luz offers a vivid look at the worlds of philanthropy, social change, and, most importantly, the families we are most likely to ignore. Beautifully written and filled with moving stories, Ask, Listen, Act explores the world of philanthropy from the perspective of someone who is at once an insider and an outsider, offering illuminating insights for all.

Ask, Listen, Act: A New Model for Philanthropy will be released on October 13, 2020 and is available for pre-order on Amazon.

Nov 2020
Webinar
Join your member services peers to discuss how your PSO is planning for 2021 – how is COVID-19 impacting your renewal process, how have you changed... Read More

Nov 2020
Webinar
These bi-monthly calls provide a space for philanthropy-servings organizations to exchange information on policy work, both legislative and... Read More