You must be logged in to register for an event.  Please login or create an account to begin the registration process.

The annual in-person meeting of the Forum's Technology Platform Users Group that follows the Forum's Annual Conference in San Francisco on July 19-20. 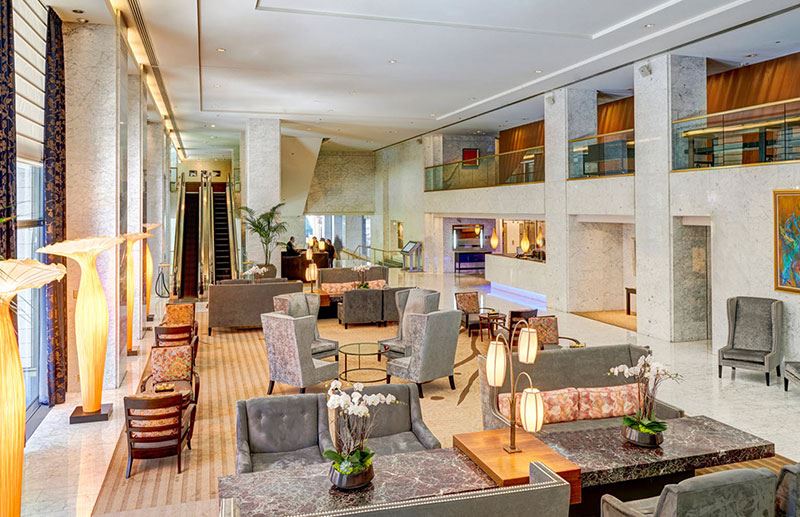 Located just steps from Union Square in the heart of San Francisco, the Hotel Nikko is an urban retreat with easy access to plenty of dining, nightlife and shopping options. Hop on the cable cars a block away and explore the city sights and nearby museums. Stroll along Fisherman's Wharf and marvel at the famous sea lions that lounge on Pier 39, or hop on the bus and plan a picnic in Golden Gate Park. Located in the midst of Union Square, our hotel gives you instant access to San Francisco's most iconic destinations.

Benefits for Our Guests

Attendees who book a room at the discounted rate in our block at the Hotel Nikko will also receive:

Our room blocks are now closed. We do have a few rooms that are still availabile, please contact Mary O'Neill for more information.

San Francisco is best known for its scenic beauty, cultural attractions, diverse communities, and world-class cuisine.  Measuring 49 square miles, this walkable city includes landmarks like the Golden Gate Bridge, cable cars, Alcatraz and the largest Chinatown in the United States.  A stroll of the city's streets can lead from Union Square to North Beach to Fisherman's Wharf, with intriguing neighborhoods to explore.

San Francisco is one of the easiest cities in the world to navigate. Because the city is so compact, there are plenty of transportation options abound, including its world-famous cable cars, public transportation and ride-sharing. Find out more

Each of San Francisco's major neighborhoods has its own district culture and charm - from shopping around Union Square to dim sum in Chinatown. Check out an introduction to the city's most prominent locales.

San Francisco has more restaurants per capita than any other major city in the U.S. Local chefs combine the best of local ingredients with authentic international flavors. Every day, fishing boats supply the freshest seafood in the world. Local farms provide produce and meat stock that is unparalleled.

Go to the event page and select the appropriate option in the list and click the "Register Now" button. Go to your cart and make any adjustments to the quantities if you are registering more than one person. Click the "Checkout" button.

On the checkout page, indicate who each registration is for and fill out any additional information requested. If you are looking to register someone else from your organization (staff or volunteer leader) but don't see them listed, please contact Courtney Moore (202-888-7428).

Registering Others at Your Organization?

Follow the steps above to create a login for yourself if you haven't already. Once logged in, select the appropriate option from the list and make any adjustments to the quantities in your cart if you are registering more than one person from your organization. On the checkout page, you'll be able to assign each registration option to another contact associated with your organization in our system. If you don't see them listed, please contact Courtney Moore for further assistance by including the names, titles, and email addresses of those you'd like to register.

Jul 2022
Seattle, WA
United Philanthropy Forum’s Annual Conference is unlike any other event in the philanthropy sector. It is the only event that brings together people... Read More